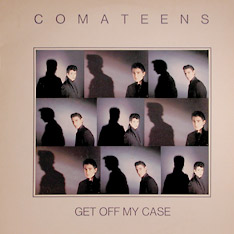 A 12″ 45 released in the UK by Virgin Records of two versions of Get Off My Case from the album Pictures On A String.

Produced and engineered by NORMAN MIGHELL