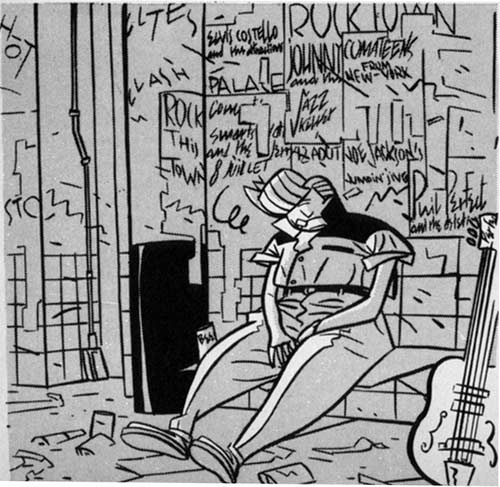 The drawing is by Comateens fan cartoonist Serge Clerc, and includes the group’s name as one of the posters on the wall.

Clerc became a friend of the band and did the artwork used on the cover sleeve art for the maxi 45 release of Late Night City and Ghosts, as well as club passes and tickets. 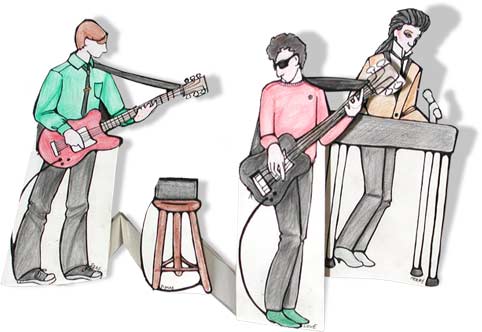 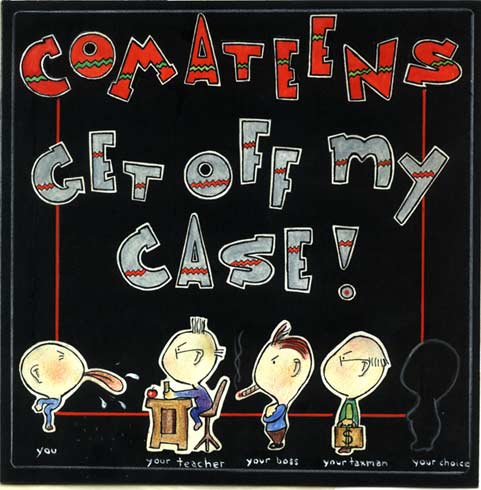 Unused design by Nic North, submitted to record company, for a single’s sleeve. 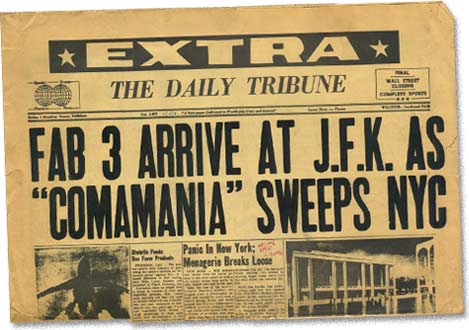 A fake newspaper given to the group upon their return from the first European tour.