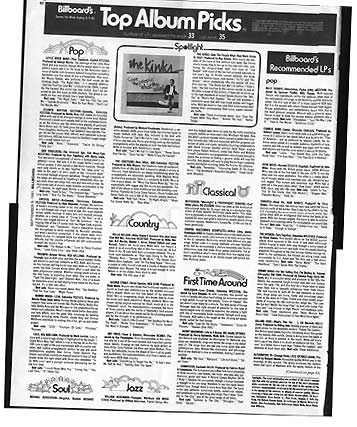 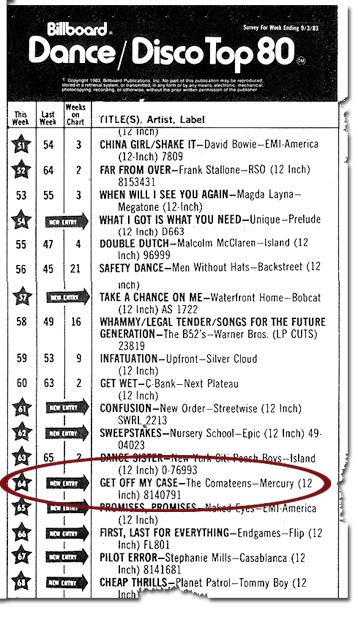 Comateens’ newly released 12-inch, “Get Off My Case” charts on Billboard. 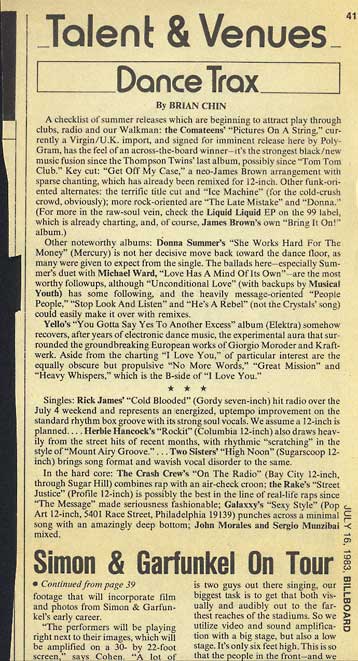 “A checklist of summer releases which are beginning to attract play through clubs, radio and our Walkman: the Comateens’ Pictures On A String, currently a Virgin/U.K. import, and signed for imminent release here by Polygram, has the feel of an across-the-board winner—it’s the strongest black/new music fusion since the Thompson Twins’ last album, possibly since ‘Tom Tom Club.’ Key cut: Get Off My Case, a neo-James Brown arrangement with sparse chanting, which has already been remixed for 12-inch. Other funk-oriented alternates: the terrific title cut and Ice Machine (for the cold-crush crowd, obviously); more rock-oriented are The Late Mistake and Donna.”
—Brian Chin