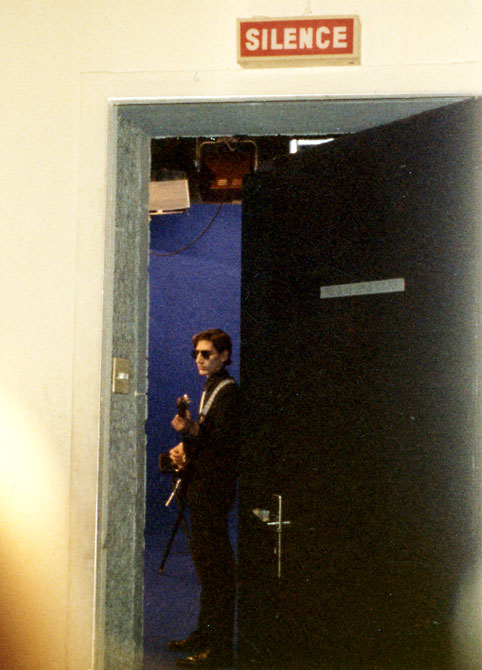 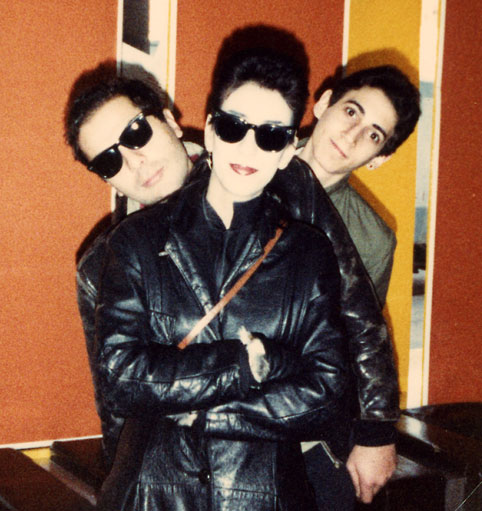 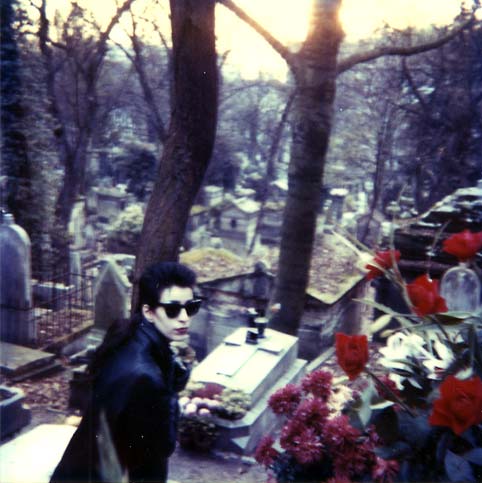 LYN BYRD at Pere Lachaise cemetery in Paris 1981, during the shooting of a promotional video for the band. 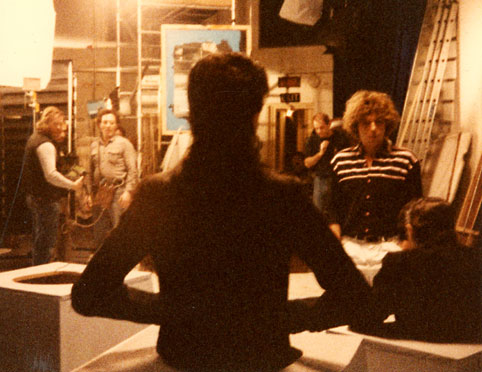 LYN and OLIVER, with their bodies emerging from plynths, are working with video director (top right) RUSSELL MULCAHY on set of ill-fated video for The Late Mistake, London 1983. 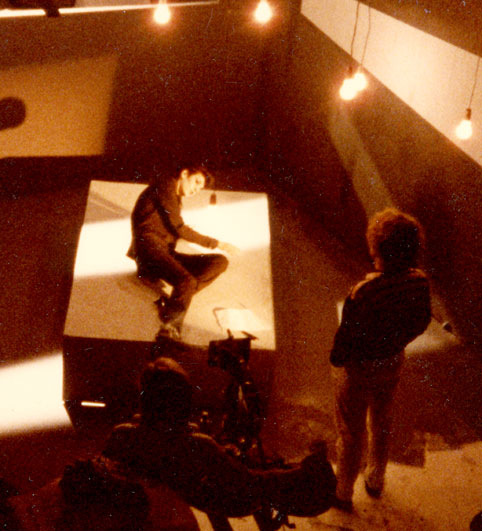 Part of the video required LYN to lay down on a platform, (below) unknown to her as the cameras rolled, eight human arms with rubber gloves on, burst through the paper covering the platform, and surrounded her. The director wanted LYN to react with natural fright, so he had not warned her. Instead, he got uncontrolled laughter. 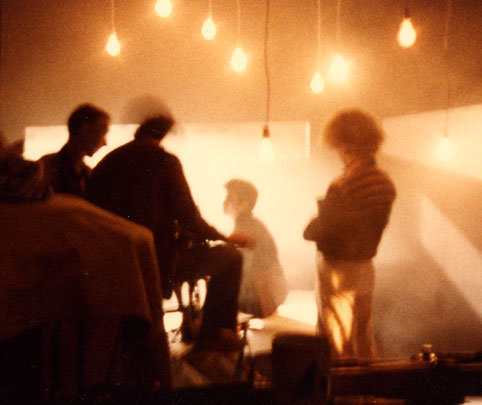 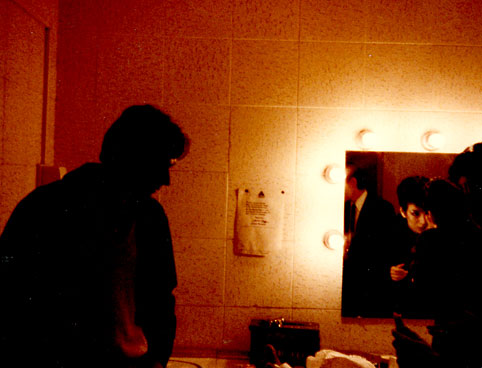 NORMAN MIGHELL, producer of Pictures On A String hangs out with the band in the dressing room of Trillion Studios, while LYN makes up for the video shoot. 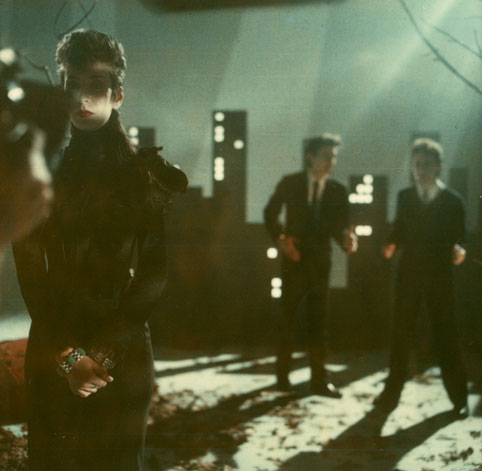 The only known surviving image from the ill-fated and never-released video for The Late Mistake by director RUSSELL MULCAHY,  London 1983. 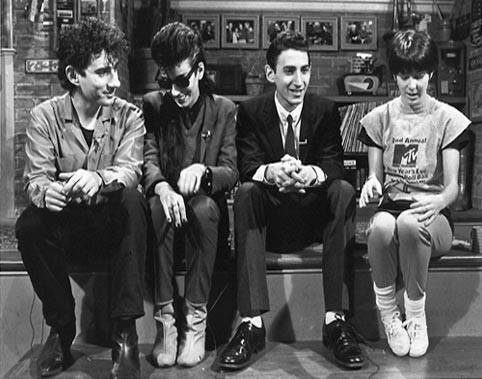 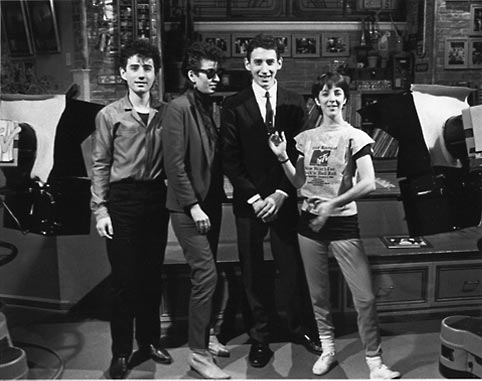