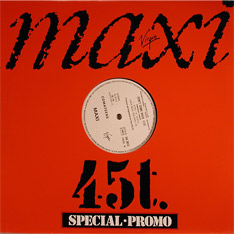 A double sided (same song on both sides) 12″ 45 rpm release of Don’t Come Back from the Deal With It album, meant for French club DJs.