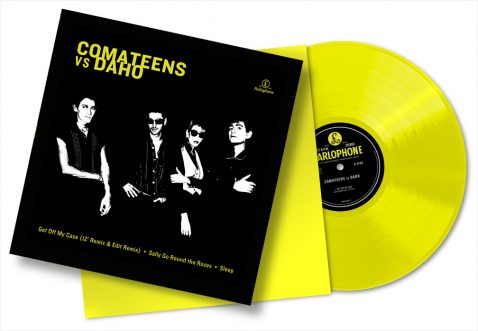 Etienne Daho releases a 12″ EP compiled from several side projects recorded in 1996 at Olympic Studios in London, during the sessions for Daho’s Eden album. Nicholas and Lyn were invited by Daho to the studio to participate on various tracks. NICHOLAS WEST had written two of the songs on Eden; Me Manquer and Soudain, co-written with LYN BYRD. French lyric adaptations for both songs are by ETIENNE DAHO and performed with Comateens.

The trio record a cover of the classic folk rock song, Sally Go Round The Roses, with Nicholas on bass guitar, and Lyn singing backing vocals on another of West’s compositions, Sleep. In addition, Etienne had an idea for a club-remix of Comateens hit Get Off My Case to be produced by FABIAN WALTMAN.